When asked what he does, he replies that he is a storyteller, who wishes to be useful in the world. And that is why he writes. Robert Fulghum is an American author of 21 books – essays and stories, and novels – all available in Czech. His work has been published in 31 languages and distributed in 103 countries. A musical based on his tango novels was produced onstage in Prague. He has appeared onstage with actors in 89 Czech towns and cities.

Robert grew up inTexas. In his youth he worked as a ditch-digger, newspaper carrier, ranch hand, and singing cowboy. After college and a brief career with IBM, he returned to graduate More…

Robert grew up inTexas. In his youth he worked as a ditch-digger, newspaper carrier, ranch hand, and singing cowboy. After college and a brief career with IBM, he returned to graduate school to complete a degree in theology. For 22 years he served as a Unitarian parish minister in the Pacific Northwest. During the same period he taught drawing, painting, art history, and philosophy at the Lakeside School in Seattle. He is an accomplished painter and sculptor. He sings, plays the guitar and mando-cello, and has played in several bands. Currently, he lives in Moab, Utah, and in Kolymbari on the Greek island of Crete.
He was a Grammy nominee for the Spoken Word Award, has been a speaker at numerous events across the United States and Europe, and has authored a nationally-syndicated newspaper column. He was a featured presenter at the Meltingpot discussion forum in 2016. His writing has been adapted for the stage in two theater pieces: All I Really Need to Know, and Uh-Oh, Here Comes Christmas, and performed in more than 3,000 national and international productions. Robert has published eight books of non-fiction that all rose to the top of the New York Times best-seller list. He has won the heart of the Czech audience thanks to All I Really Need To Know I Learned in Kindergarten. 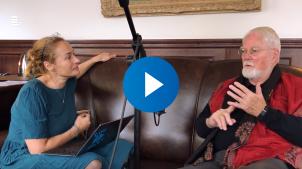 Robert's interview in the Czech radio 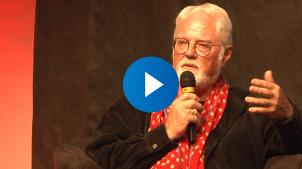