„My dream would be to create a simple book by the end of my life that would have an impact on children all over the world without me worrying about selling it.“

His characters and animals are known to several generations of children. An artist with a rock and adventure spirit was one of the first DJs in Czechoslovakia in the 1960s. He currently lives in New York and is an internationally renowned author of children's books. Peter Sís created a lot of art projects, illustrations, animated films and won several awards for his long-term work. This year, a documentary film about Peter's magical world directed by his brother David will be premiered.

Peter is the son of director Vladimír Sís so he grew up in an artistic environment. In his young years he played in a band, and since the 1960s was more than favorable for music lovers, More…

Peter is the son of director Vladimír Sís so he grew up in an artistic environment. In his young years he played in a band, and since the 1960s was more than favorable for music lovers, Peter had grown his hair long, played and toured with the band. In 1968 he was one of the first in Czechoslovakia to become a disc jockey. Although he stayed abroad that summer, he decided to return to Prague because of the art. Despite the ongoing occupation, the opportunity to study art at the Academy of Arts, Architecture and Design under the leadership of Jiří Trnka would not be easy to reject. Later, Peter graduated from the Royal College of Art in London and continued to do music as a player as well as a publicist, painted album covers and film posters.
Peter's dream was originally to make animated films. In 1980, his short animated movie called Heads received a Golden Bear at the film festival in West Berlin. Later he was invited to the United States by the Olympic Committee to make an animated sports-themed clip for the 1984 Olympics. He also worked on a Bob Dylan song video for the emerging MTV. However, the Eastern Bloc states have decided to boycott the Olympic Games, Peter chose Bob Dylan before returning home and stayed in the United States. His first job there was to create a children's book and it has stuck to him for good. He has written 26 children‘s books and illustrated about sixty others. He is also the author of a mosaic in New York subway and giant tapestries in honor of Vaclav Havel, John Lennon and other personalities.
Besides several Czech awards he received eight times The New York Times Award for the most beautiful illustrated book of the year. In 2012, Peter Sís was granted the Hans Christian Andersen Award for Lifelong Achievement. 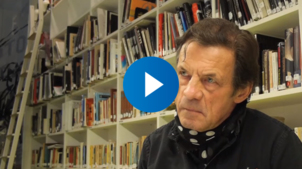 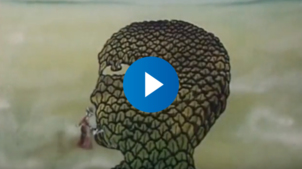