„We can learn how to live sustainably on our small island – the Earth.“

Tim Cole is an Australian Filmmaker and Music Producer who has been specialising on cross cultural projects since producing ‘Not Drowning Wavings’’, landmark album & DVD ‘Tabaran’ in Papua New Guinea. Along with his partner BaoBao Chen, the two created the unique project Small Island Big Song, uniting indigenous musicians sharing an ancient seafaring ancestry across the Pacific & Indian Oceans. They launched the project in 2015 and have been independently recording and filming with over a hundred musicians across Asia, Pacific and Indian Oceans since. The album Small Island Big Song was released in July 2018.

Tim studied filmmaking at Melbourne University, subsequently perusing an interest in poetic and non-narrative filmmaking. As expressed in his 2014 directorial debut ‘Vanuatu Women’s Water Music’, ‘Visually stunning, as well as culturally important’, 5 stars, Songlines UK. The film was officially selected for six international film festivals, and was nominated for a UNESCO Cultural Award. His other film work includes countless music clips and concert visuals.
As a music producer/engineer he has been behind numerous successful and critically acclaimed albums for acts including Telek, Frank Yamma, Not Drowning Waving, My Friend the Chocolate Cake, Shellie Morris and feature film soundtracks for feature films including Prison Songs, Bran Nue Dae, Satellite Boy, Proof along with recording Brandon’s voice overs for Australia.
Tim was officially invited to represent the cultural ideas as expressed in SIBS at the United Nations Headquarters, SXSW, WOMEX and the Japanese NGO Peace Boat. He has also received a Churchill Fellowship and is a company member of Circus OZ, having spent eight years touring internationally with them. 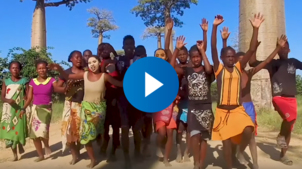