„I like to express myself in all forms and when what I do is almost for all of the senses.“

Rather than a Renaissance-like artist, he calls himself a multidisciplinary jester. A versatile artist who never ceases to marvel, experiment and combine traditional art forms. His work is playful and spontaneous, combining graphics, word, music and performance with no pigeonholing. He has written and illustrated a dozen books for children and playful individuals, and has won several major awards for them. His books have also been published abroad.

Petr Nikl was born and educated in fine arts. His mother was a toy designer, his father was an academic painter. He graduated from the Academy of Fine Arts in Prague. You can recognize More…

Petr Nikl was born and educated in fine arts. His mother was a toy designer, his father was an academic painter. He graduated from the Academy of Fine Arts in Prague. You can recognize the perfectly mastered craft of classical painting and drawing in his artworks. Still a student, he began to write and play theater in addition to painting, inspired by the poetry of Christian Morgenstern. In 1995, he won the Jindřich Chalupecký Award, the most significant Czech art prize for young authors.
Petr is an active member of the Mehedaha puppet company, he was also one of the members of a former art group Tvrdohlaví. He produced interactive exposition concepts, cooperated with the vocal ensemble Lakomé Barky and has created several musical performances for Archa theater. He is known for the beautiful books he both writes and illustrates; it is no surprise ha has won several Czech awards for them.
His latest book called Malovat slunce (To Paint the Sun) was published in 2018 and pays homage to his mum, the famous Czech toy designer Libuše Niklová. Not only this book will be the topic of Petr‘s lecture at Meltingpot. 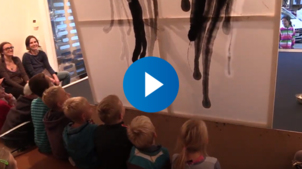