„The war in Iraq was being termed as a video game. Cold and distant. It doesn’t let you see the human cost.“

In over three decades with CNN, she has been involved in some of the most significant news stories around the globe, and has received worldwide acclaim for her work. Ingrid Formanek is the network’s most senior roving international producer for major news events. Despite reporting from war zones, she never felt at risk.

Born in Czechoslovakia, Ingrid immigrated to the United States in 1968 with her parents. She was a teen fan of Voice of America and had a dream of becoming a journalist, which only came More…

Born in Czechoslovakia, Ingrid immigrated to the United States in 1968 with her parents. She was a teen fan of Voice of America and had a dream of becoming a journalist, which only came true as she witnessed the freedom of press in the US. She has a BA degree in Political Science from the University of Minnesota.
Ingrid has reported leading news events from the world’s hotspots, including both Gulf Wars, the disintegration of the former Yugoslavia, the famine in Somalia and the transition to democracy in South Africa. She has also covered significant global news stories that have ranged from the Arab Spring, the wars in Iraq and Afghanistan, the conflict in the Ukraine, the tsunami and Fukushima nuclear disaster in Japan, hurricane Katrina, the Haiti, Chile and Nepal earthquakes, numerous conflicts in Africa, to the collapse of communism in Europe and the former Soviet Union. Following the September 11th terrorist attacks in the US, she was responsible for all of CNN’s news operations in Pakistan and Afghanistan. Ingrid’s experience from Iraq was captured in the movie Live from Baghdad, where she was played by Helena Bonham Carter. The movie covers the exclusive work of CNN during the 1991 US air strikes in Iraq. „I loved the movie, though it made it seem like I didn’t do anything but sit around batting my eyelashes at Robert Weiner, smoking cigarettes and drinking,“ she said. More recently, her focus has been reporting on environmental issues.
Ingrid has earned a number of awards for her outstanding contribution to news broadcasting. In addition to winning several Emmys, she has also received the Amnesty International Media Award for International Television and Radio, the Prince Ranier III Special Prize at the Monte Carlo TV Festival, the Kennedy Award and many others. 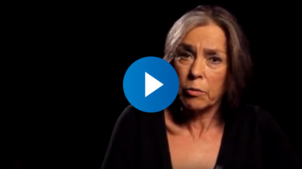