„There’s a quote I love from Anandamayi Ma; “Though the dance of creation changes around me, in the hall of eternity I shall remain the same.“

A successful singer who has appeared on the albums of world-class stars such as Madonna and Leonard Cohen. Donna was a vocalist and dancer in their close teams for nearly 20 years. She then moved on to her own solo career and released many albums devoted mainly to mantras and yoga music with a spiritual touch. Her latest album, released in 2018, is called Here in Heaven.

Donna De Lory was a bit hidden in Madonna’s shadow for long time before she finally decided to start singing alone. Her services were also used by Leonard Cohen or Belinda Carlisle. She was at the top More…

Donna De Lory was a bit hidden in Madonna’s shadow for long time before she finally decided to start singing alone. Her services were also used by Leonard Cohen or Belinda Carlisle. She was at the top of her pop career but something was still missing. “I wasn't singing my truth," she says. “I said to myself, ‘Here I am, traveling around the world, promoting my music. I should be happy.’ And in many ways I was, but I felt so empty. My soul wasn’t being fed. I thought, ‘I’ve got to shift this.’ So I wrote a prayer—‘I want my life to change, I want my life to change’—on a piece of paper and put it in my dresser. And my life really did change. I got pregnant, had my daughter, and started doing mantra music.”
On her solo track she decided to devote herself to spiritual music in a splendid mixture of all the colours and flavours with which the Indian and Latin tonalities and the enormous fascination with Sanskrit mantras stand out. She has already released 11 albums and 5 singles.
In 2018, Donna released her latest and very successful album Here in Heaven, for which she put together her dream band. On the album you will find most of the names of Madonna’s team, Beck’s and Nelly Furtado’s guitarists, as well as David Bowie’s musicians, while Donna plays the keyboards and harmonium.
You can connect her crystal voice with your own at a unique mantra singing workshop we have prepared for you this year. 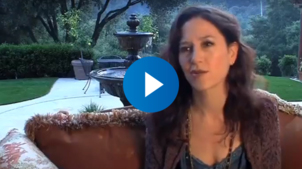 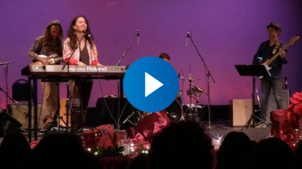 He Ma Durga song in concert