Dear friends of Meltingpot. We are very sorry, but this July we will not meet in person in the Dolní Vítkovice area. The 19th year of
the Colours of Ostrava festival, which we host every year, has had to be postponed to next year due to the coronavirus pandemic. See you on 14th - 17th July 2021.
More info 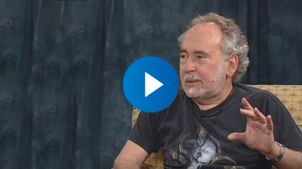 Interview: Many Adventures in a Life of Writing